When it comes to electrical switches, there are two main types: normally open and normally closed. But what does that mean? In this blog post, we will discuss the difference between these two types of switches and provide some examples. We will also explain when each type is typically used. Stay tuned!

A normally open switch is one that is open when not actuated. That means that, in its unactivated state, there is no path between the electrical contacts. When you push the button or flip the lever, it closes the circuit and completes the path, allowing current to flow [1].

In simple terms: Normally open means the switch is off until you turn it on. 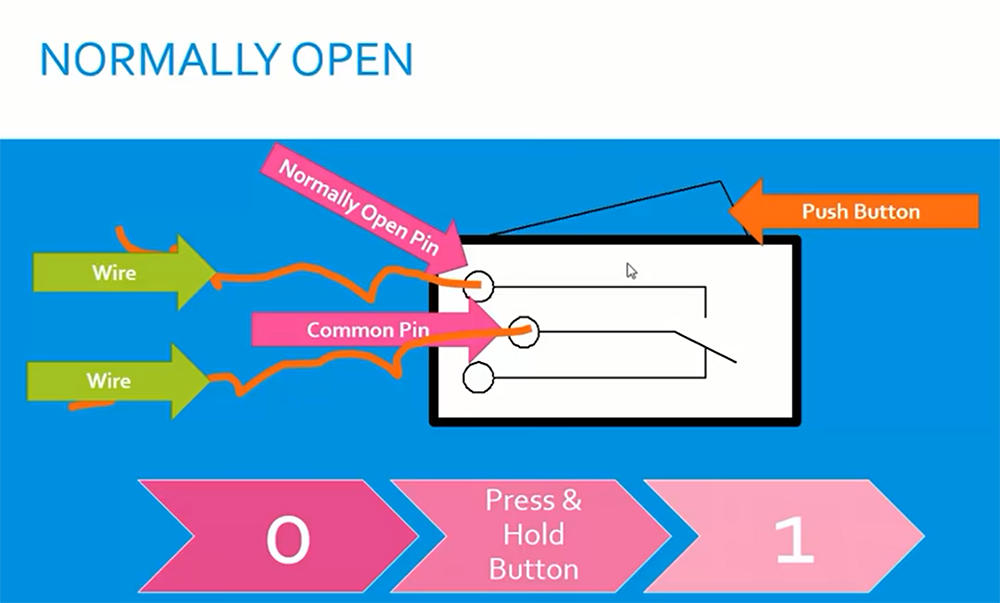 There are a lot of applications for NO switches. A few examples include:

In these two previous applications, it is vital that the switch not be accidentally triggered. If the switch were to close when it should be open, or vice versa, it could have disastrous consequences.

NO switches are also used in more mundane applications such as vending machines and office equipment. They are often used in appliances such as coffee makers and microwaves. Many electronic devices use NO switches to control the flow of electricity.

There are many other applications for NO switches. If you can think of any, please share them in the comments!

To make it clear, let’s take a look at an example.

Say you have a light switch in your living room that controls a lamp. When you want to turn the lamp on, you push the switch down to close the circuit and allow the current to flow. The switch is “normally closed” because when there’s no input (when your hand isn’t pushing the switch down), the circuit is still closed and the current can flow.

There are many uses for normally closed switches. They can be used as safety devices, to control lights, limit switches, and in-process control applications.

These are just a few of the most common applications. If you have a need for a switch that will keep a circuit closed, a normally closed switch is the right choice.

How do you wire these types of switches?

To wire a normally open switch, you need to connect the two wires that go to the load (or device that you want to control) to the two terminals on the switch.

To wire a normally closed switch, you need to connect one wire to one terminal on the switch, and the other wire to the other terminal.

If you need to wire a switch that is both normally open and normally closed, you will need to use two switches.

You can wire them in parallel so that they both control the load, or in series so that one switch controls the other switch, which then controls the load.

It’s important to know which type of switch you need for your application.

There are a few things to keep in mind when wiring a switch.

If you have a short circuit, it can cause damage to your switch, your load, or both.

So it’s important to be careful when you’re wiring a switch.

Read more guides to upgrade your knowledge in electronics:

Are electrical contacts drawn normally closed open or both?

This is a great question! The answer depends on the situation. If you’re talking about a switch, for example, it can be either normally open or closed.

If you’re talking about an electrical circuit, it’s usually drawn as either normally open or closed. However, there are some instances where both may be used.

Is normally open positive or negative?

There is no positive or negative when it comes to normally open or closed. It simply refers to the position of the switch.

What would happen if you changed a normally closed switch to be normally open?

If you changed a normally closed switch to be normally open, it would have the reverse effect of what it originally did. For example, if the switch was controlling a light, the light would now be on all the time instead of off. This is because when a switch is normally closed, that means the circuit is complete and current can flow freely. However, when you change it to be normally open, that means there is an open circuit and no current can flow until you trigger the switch.

So while it’s definitely possible to change a switch from being normally closed to being normally open (and vice versa), it’s important to know what effect that will have on the circuit before you do so. This will require some extra tinkering and investigation on your part.

How do you wire a normally open and normally closed switch?

The most important distinction between normally open and closed switches is how they are wired. Normally open switches are wired in what’s called a “circuit loop”. When the switch is off, no current can flow through the circuit.

Conversely, normally closed switches are wired in a “series circuit”. In this configuration, the switch contacts are always closed and the current flows freely when the switch is off. It’s only when you activate the switch that the contact opens and breaks the circuit, blocking the flow of current.

What is an example of a normally closed switch?

Normally closed switches are often used as safety devices. For example, a switch that is normally closed but opens when a machine cover is removed can be used to stop the machine if someone tries to access the moving parts while it is running.

It depends. A lot of the time, they are set up as Normally Open (NO), but they can be Normally Closed (NC) as well. This is only the case if you install a door jam switch with a magnet on the door and frame, which is less common.

Is it normally open on or off?

Normally open switches are used in applications where it is important that the switch be “off” when no user input is detected. An excellent example of this can be found in light switches and medical equipment.

What does open switch mean?

An open switch is one that is not engaged. This means that the two points of contact are not touching and there is no current flowing between them.

Open switches are often used as safety devices. For example, a limit switch on a garage door opener will keep the door from closing if something is in the way. If the switch was closed, then the door would close regardless of what was in its path.

Another common use for an open switch is to turn on a light. In this case, the switch is actually controlling the flow of electricity to the light bulb. When you flip the switch to “on” position, you allow current to flow through lighting up the bulb.

How do you check if a contact is normally open?

To check if a contact is normally open, you will first need to access the switch. This can typically be done by removing a cover or opening up the device that the switch is controlling.

Once you can access the relay, you will want to locate the two main terminals of the switch. These are typically labeled “NO” and “NC.” You can normally check which is which just by looking at the switch. But if you see no labels, you may need to consult a manual or schematic.

This is a great question. Usually heat detectors will be normally closed. This is so that when the heat detector is triggered, it will close the circuit and send a signal to the alarm system.

Same logic applies to other sensors like water sensors, tamper switches, and glass break detectors. However, there are some exceptions to this rule. For example, some security systems will have a normally open door contact on the main entry/exit door.

Is a push button normally closed?

So only when the push button is pressed, the circuit is opened and current stops flowing, making the switch “off.” The reason behind this is that most push buttons are used to activate a momentary function, like an emergency stop.

Why start button is normally open?

The Start button is a normally open switch. When you press the button, it closes the circuit and sends power to all the other elements in the car. This prevents your car from starting accidentally. If the start button was a normally closed switch, your car could start if the switch was bumped or shorted out in some way.

Similar logic applies to the stop button, it’s normally closed. So when you press it, the circuit is opened and power is cut to the car.

Why stop button is normally closed?

There you have it! Now you know the difference. As always, if you have any questions or need help selecting the right type of switch for your application, please contact us. We’re here to help!

What other types of switches would you like to see a blog post about? Let us know in the comments below!

I hope this helped clear things up for you and as always, thanks for reading!

How to Test a Fuse Without a Multimeter? 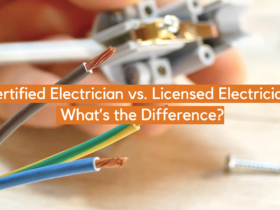 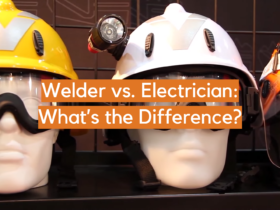 Welder vs. Electrician: What’s the Difference? 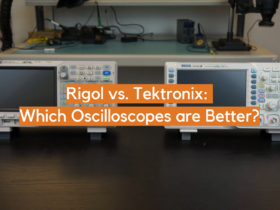