Which battery is better for your needs, CR2016 or CR2032? It can be confusing trying to figure out the difference between these two types of batteries, but don’t worry, we’re here to help! In this comprehensive guide, we will answer common questions about both batteries and help you decide which one is best for you. So whether you’re looking for a battery to power your electronics or need something for a more specific purpose, read on for the information you need to make an informed decision.

What are Lithium Batteries?

Lithium batteries are the best type of battery for use in devices that require lots and just power, such as digital cameras or laptops. These types can provide more energy than other forms which allows them to work with ease on your device’s circuit boards! 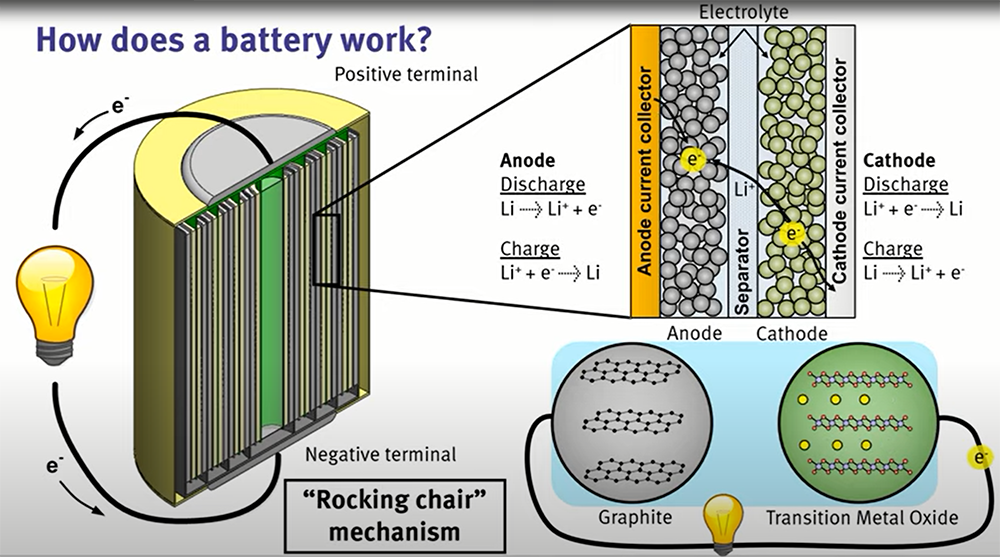 Difference Between BR and CR

BR batteries, or button-type batteries, are a type of lithium battery that is used in small devices such as toys, digital watches, and hearing aids. BR stands for button rechargeable.

CR batteries, or coin-type batteries, are a type of lithium ion battery that is used in larger devices such as card readers, laser pointers, cameras and many more items, most of which can be found in your household. CR stands for coin rechargeable.

CR batteries are a type of battery that is commonly found in small electronics. The CR stands for “coin cell” as these batteries are typically used in devices like watches, calculators, and car keys.

There are many different types of CR batteries, but the two most popular ones are the CR2016 and CR2032. They’re both lithium-ion batteries, but they have different dimensions and capacities. Both of these batteries have their pros and cons, and it can be tricky to decide which one to use.

Lithium coin batteries are used in a variety of devices, from watches to computers. They can be interchangeable on paper, but there’s a lot you need to keep in mind so we wouldn’t suggest that. As to why, we will get to that later.

Each of the batteries has a shelf life of around ten years. They can both be used in temperatures from -30 degrees Celsius to 60 degrees Celsius. The main difference between these two batteries is their width and capacity.  [1], [2]

The CR2032 is a larger version of the popular 2016 battery and it’s often found in high-valued devices like digital cameras. Because these batteries last longer than their smaller counterparts, they’re great for any gadget that requires substantial power for them to function. [2], [4], [5], [6], [7], [8]

Battery capacity is an important factor to consider when choosing a CR battery.

The battery capacity is the measure of energy that can be stored in a cell. This makes it important because you’ll want your device’s batteries to last as long possible, and higher capacities mean longer life spans for those cells! The CR2016 has 90mAh while its counterpart (the 2032) only offers 240 milliamp hours as we mentioned prior.

All this means that the CR2032 battery can store more energy than the CR2016 battery. This means that it can be used in devices that require more power, such as car remotes and cameras.

The capacity of your battery is important because it determines how long you’ll be able to use the device before needing another one. A higher quality, longer lasting CR2032 will last around 10 hours if utilized at an average level while standard batteries only provide 6 from certain brands depending on usage patterns and environmental conditions such as temperature or voltage fluctuations in excess.

The CR2016 is a great choice for devices that require a small amount of power like watches or calculators. What’s more, its size makes it perfect for smaller devices, where a larger battery just wouldn’t fit.

So as you can see, in general, CR2032 batteries have a higher capacity than CR2016 batteries. This means that they will last longer in devices that require a CR battery. If you need a battery that will last for a long time, then you should use a CR2032 battery.

The CR2016 battery is about twice as thin than the thicker CR2032. The 2016 model measures at 1.6mm thick while its counterpart is 3mm on average.

The thickness of a battery affects its weight and portability. The CR2016 battery is a lightweight and portable option that will be perfect for those who need their devices to take up as little space or weight.

Longevity of Both Batteries

Longevity is another important factor to consider when choosing a CR battery. 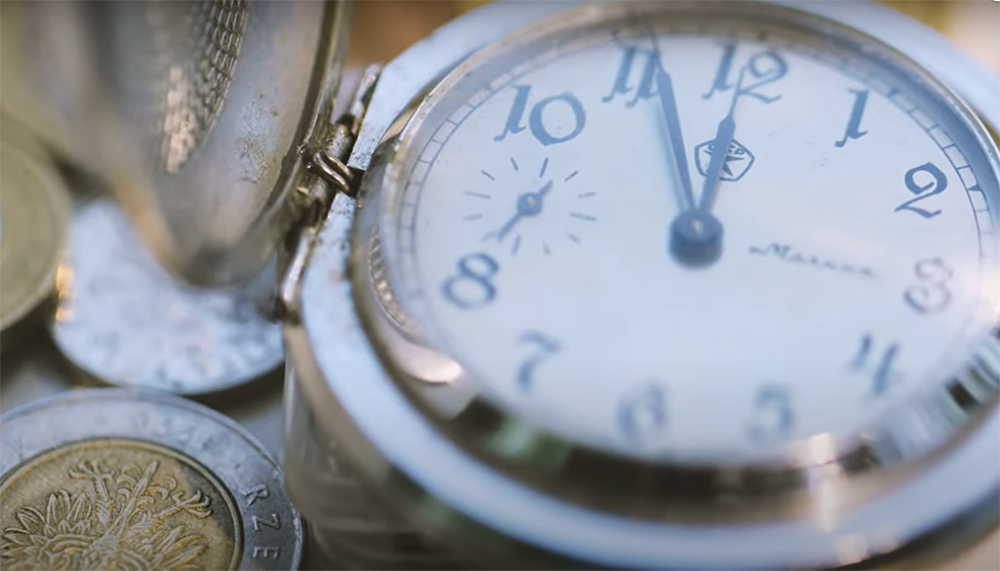 Uses for Both batteries

When it comes to batteries, the size of your device matters. In general terms you can use CR2032s in smaller electronics and CR2016 for larger ones but there are some exceptions that will affect how they behave so make sure to check if the battery is compatible with your device before buying.

The difference in capacity between CR2032 and 2016 batteries is what causes them to be used for certain devices. For example, digital cameras require more power than toy cars do – this means that they need a proper so their components don’t overheat or wear out quickly under heavy use which could lead into immediate failure if not properly cared-for.  [2], [4], [5], [6], [7], [8]

What About CR2025 Batteries?

The CR2025 and the more common version, the CR2032 are very similar batteries. They both have lithium ion cells that produce 3 volts of power each to operate your device’s electronics but they vary slightly in size as well. CR2025 is 2mm thick being thinner than its CR2032 counterpart.

CR2032 batteries are used in products that require more energy than CR2025 batteries, such as digital clocks and calculators. They aren’t commonly utilized in gadgets that need a lot of power, because this can lead to a lot of issues in the long run. [4]

Can You Recharge CR-Series Batteries?

This is because both batteries are lithium batteries. Lithium could easily spill out if the battery were to be recharged. So it’s important to remember that CR2016 and CR2032 batteries should be disposed of properly after they are out of charge. [2], [3], [7], [8]

How to Find the Type of Battery Your Device Needs?

The easiest way to determine the battery you need is to check your device’s user manual. If you don’t have the user manual, look for a label on the device that lists the battery type required. You can also visit the manufacturer’s website and search for your device to find out what type of battery it uses.

Once you know the battery type, compare it with the types available in stores. Batteries are typically labeled with their voltage and size. [2], [3], [7], [8]

The simple answer is yes, CR2032 and CR2016 batteries are interchangeable. But it isn’t recommended to replace one by another. This is because CR2032 batteries have a higher capacity than CR2016 batteries.

It’s important to note that some devices are specifically designed for either the CR2016 or the CR2032 battery. So it’s always best to check your device’s instructions to find out which type of battery your device needs. It’s better to be safe than sorry after all.

However, if you need to use a device right away and have only one type on hand, there are a few things you should keep in mind when using them interchangeably:

So Does the Battery Choice Matter?

The battery choice matters if you want a battery that will last longer, or if your device requires more power. Otherwise, the two batteries are pretty much interchangeable. 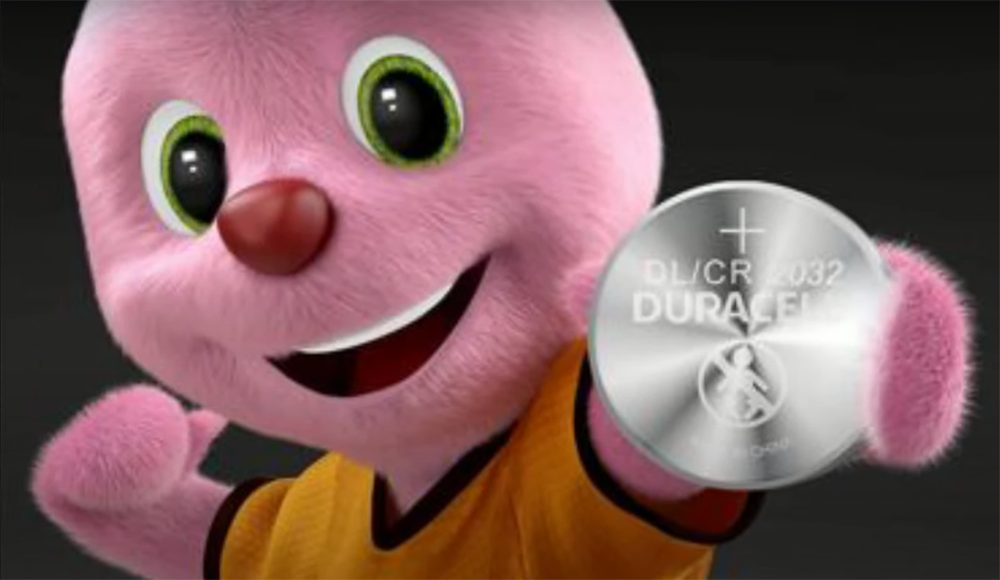 To prove how interchangeable they are, we will jot down the similarities and advantages of each one.

Resistance to high and cold temperatures

The two batteries have similar resistance to high and cold temperatures. They can be stored in a temperature range from -20 degrees Celsius all the way up until 60 degree mark, making them great for devices that are used outdoors or located near colder areas where their usage may require some warmer climates on occasion!

Both batteries have a low self-discharge rate, which means they will hold their charge for a longer period of time. This quality is beneficial for devices that are not used often, or if you need to store the battery for an extended period of time.

For example, it was noted that after 10 years both CR2016 and CR2032 retain 90% of their original capacity. The difference may not seem like much, but it can make a big difference in terms of overall performance.

Both batteries have a high voltage of 3 volts, which is great for devices that require a lot of power. This is impressive for a battery of such a small size!

CR batteries have no mercury or cadmium, making them a safer choice for your devices and the environment.

They also come with a hermetically sealed case that is made of stainless steel. This provides an extra layer of safety for your devices, as it keeps the battery from corroding and/or leaking.

However due to their small size, CR batteries can be easily swallowed by young children. So if you have small children around, it is important to keep these batteries out of their reach. [2], [3], [7], [8]

Read related guides to improve your knowledge in electronics:

In theory, you can use one instead of another due to the similarities they have but there are some key factors to consider. The CR2032 is a little bit thicker than the CR2016 so if you’re trying to fit it into a device that’s designed for the latter, it may not fit. Additionally, the capacity of the CR2016 is lower so it may not last as long. It even might lead to device malfunctioning and such a mistake could have easily been avoided by using the intended battery.

What Are CR2016 Batteries Used for?

Due to their small capacity, CR2016 batteries are often used in devices such as watches and car key fobs. These devices are small and don’t require much power

There is no definitive answer to this question as both battery types have their own advantages and disadvantages. BR batteries tend to be a bit more expensive than CR batteries, but they also tend to have a longer lifespan. CR batteries are generally less expensive and can provide more power in high-drain devices. Ultimately, it is up to the individual consumer to decide which type of battery is best for their needs.

Useful Video: CR2032 vs CR2016 – What is the Difference Between These Batteries

So, what’s the difference between a CR2016 and a CR2032 battery? The main difference is their capacity – the CR2032 has about twice the capacity of the CR2016. This means that it will last longer before needing to be replaced. Both batteries are lithium ion batteries, so they have the same voltage of 3 volts. They just differ in thickness – the CR2016 is 1.6mm thick, while the CR2032 is 3.2mm thick. Detecting the thickness of CR batteries is really simple, you just have to look at the last two digits in their name!

To sum it all up, use CR2016 for devices that don’t eat up much power and use CR2032 for everything else. Keep this in mind when you’re shopping for new batteries, and happy powering!

What is Solder Paste and How to Use it? 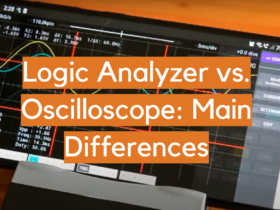 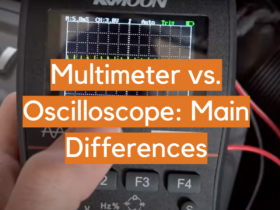 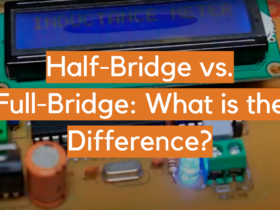 Half-Bridge vs. Full-Bridge: What is the Difference? 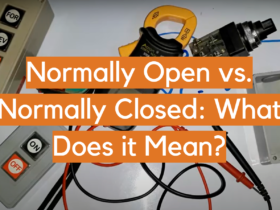