Resistors and Their Benefits in General

Resistors are one of the most important electronic components. They come in all shapes and sizes, but their primary purpose is to resist or limit the flow of current in a circuit. This resistance can be used to create heat, like in a light bulb filament, or it can be used to control the voltage in a circuit. 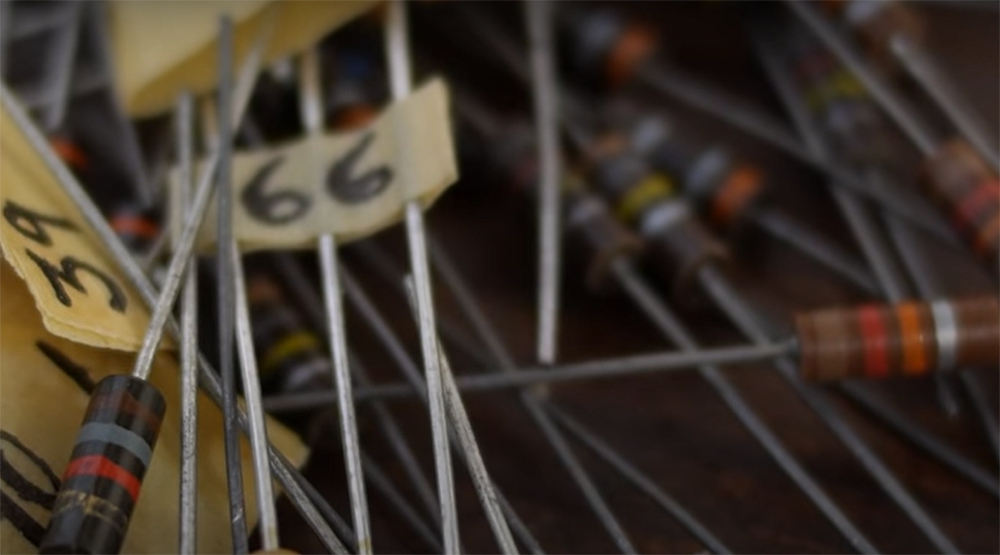 There are many different types of resistors with different applications. Some common types, including the bleeder resistor. We will talk more about it right now. [1]

What is a Bleeder Resistor?

The bleeder resistor is connected across the capacitor, and its resistance is chosen so that it will allow enough current to flow through to discharge the capacitor without being too low so that it draws too much current from the power supply.

Bleeder resistors are often used in high-voltage circuits where there is a risk of shock if the capacitors are not discharged properly. For example, you will often see them in power supplies and other high-voltage applications.

Bleeder resistors are usually made of carbon film or metal oxide film. They can also be made of other materials, such as ceramic or glass, depending on the application. [2], [3], [4], [5]

How Does Bleeder Resistor Work in a Power Supply 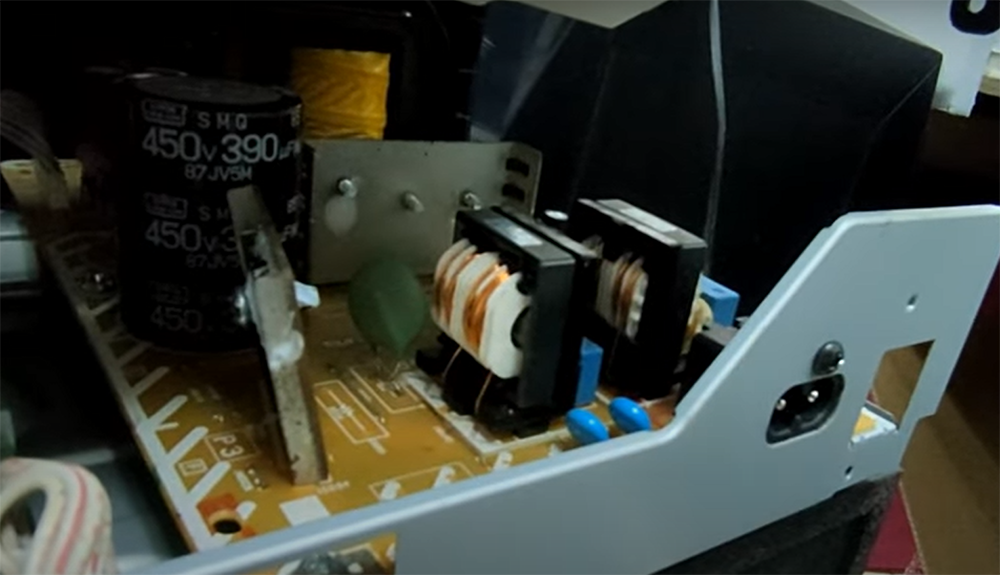 A power supply can be either AC-powered or DC-powered. Most electronics devices today are powered by DC, which means they require a DC power supply. A few devices, such as computers and some types of industrial equipment, can use either AC or DC.

DC-powered devices usually have a power supply that converts DC to another form of DC. This type of power supply is called an inverter. Inverters are used to convert lower voltages to higher voltages, or vice versa.

A bleeder resistor is often used in such high voltage circuits where there is a huge danger of shock if the capacitors are not discharged properly. They are also used in audio circuits to prevent popping noises when the power is turned on or off.

Bleeder resistors are used to discharge the capacitors in a circuit when the power is turned off. This prevents the capacitor from storing a charge and causing electric shock damage to anyone who touches the circuit at that juncture. [2], [3], [4], [5], [7]

Why are Bleeder Resistors Used?

Bleeding resistors are a useful tool that has many applications. Let’s go through the most common of them.

The most common use of bleeders is for safety. In many cases, if there is a large capacitor in the circuit, it can hold a charge for a long time even after the power has been turned off. This can be dangerous if someone were to come in contact with the exposed terminals. A bleeder resistor safely discharges the capacitor so that there is no risk of electrocution.

A different use for bleeder resistors is to improve voltage regulation. When you have a large capacitor in your circuit, it can act like a reservoir of charge. This can cause the voltage to fluctuate when there are sudden changes in the load. By using a bleeder resistor, you can bleed off some of the charge so that the voltage remains more stable.

They are also used in voltage dividers to allow a circuit to have more than one voltage level. For example, if you want to create a voltage divider that has two different voltages, you can use a bleeder resistor to accomplish this.

The bleeder resistor is placed in series with one of the resistors in the voltage divider. When the power is turned on, the capacitor will charge up and the voltage will be divided between the two or more resistors all connected together. [2], [3], [4], [5]

What You Should Keep in Mind When Choosing a Bleeding Resistor

Now that you know some of the common uses for bleeder resistors, let’s talk about how to choose one. 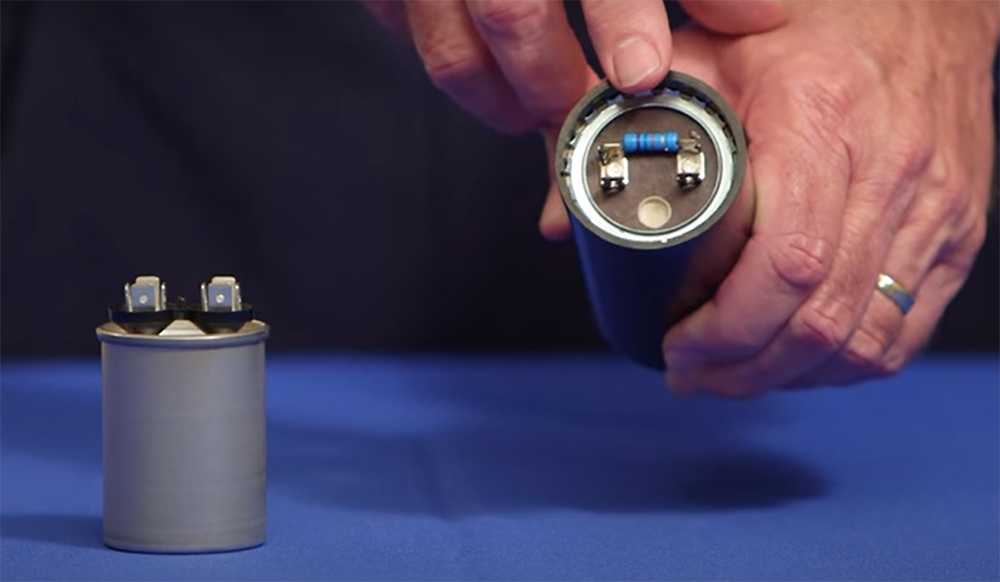 The most important thing to consider is the value of the resistor. This will determine the amount of current that flows through it and how much voltage is dropped across it. You need to choose a value that is high enough so that it doesn’t impact the circuit too much, but low enough so that it can safely discharge the capacitor.

Resistance is another important factor to consider. The higher the resistance, the longer it will take for the capacitor to discharge. This is usually not a problem, but in some cases you may need a faster discharge time. In that case, you would choose a lower resistance value.

The last thing to consider is the power rating of the resistor. This is important because you don’t want the resistor to overheat and cause damage to the circuit. Make sure to choose a resistor with a power rating that is higher than the maximum amount of power that will be dissipated in the circuit.

Now that you know everything there is to know about bleeder resistors, go out and use them in your circuits! Just remember to always safety first and choose values that

You will need to evaluate the value of your resistor first before making a choice.

This can be done with the following equation:

Here, Vt is the voltage across the resistor at time, Vu stands for the primary voltage, t is time, R is resistance and c is capacitance.

You can use this equation to determine the value of the appropriate resistor that you need. This is a step required to ensure you won’t have to deal with problems that could have easily been avoided! [2], [3], [4], [5], [6]

Do I need a bleeder resistor?

This is a common question with no easy answer. It depends on the application and the level of protection that is required. For example, if you are using a sensitive electronic device that could be damaged by a high voltage pulse, then you would need a bleeder resistor to protect it.

Why is it important to put in a bleeder resistor?

A bleeder resistor is essential in ensuring the safety of your electronic devices. Without a bleeder resistor, charged capacitors can remain dangerous long after the power is disconnected. This can pose a serious hazard to you and your loved ones. In contrast, a bleeder resistor will safely discharge any capacitors within your device, so you can rest assured that it is safe to handle.

Where is the capacitor used?

What are some common applications for bleeder resistors?

Bleeder resistors are typically used in high voltage circuits to safely discharge capacitors. This is important because capacitors can hold a charge even after the power source has been removed. Without a bleeder resistor, someone working on the circuit could be electrocuted if they accidentally touched a capacitor.

Bleeder resistors are also sometimes used in audio equipment. For example, many guitar amplifiers have a bleeder resistor on the power supply to help reduce hum.

Finally, bleeder resistors can be used as load balancing resistors in parallel circuits. By evenly distributing the current among all components, this helps to prevent any one component from being overloaded and failing.

When would you not want to use a bleeder resistor?

If you are using a DC power source, you would not want to use a bleeder resistor. This is because the DC power source will already have a built-in mechanism for bleeding off any excess charge.

Another time you might not want to use a bleeder resistor is if your circuit is very sensitive. In this case, the added resistance of the bleeder resistor could throw off your measurements.

What are the benefits of using a bleeder resistor?

A bleeder resistor has a number of benefits, chief among them being its ability to improve the quality of your electrical system’s voltage. By bleeding off any residual charge in the system, the bleeder resistor helps to ensure that your equipment is starting from a known state every time it powers on. This can help to prolong the lifespan of your equipment by preventing unnecessary stress and wear. Additionally, using a bleeder resistor can help you to avoid dangerous situations by ensuring that there is no charge build-up in your system that could cause a shock or fire.

Additionally, the bleeder resistor can help to improve the performance of your system by ensuring that all of the components are starting from the same known state.

Are there any disadvantages to using a bleeder resistor?

Another potential disadvantage of using a bleeder resistor is that it can reduce the overall efficiency of the circuit. This is because the power that is dissipated in the resistor will be converted into heat, which will then need to be removed from the circuit.

What is the role of the bleeder resistor in LC filters?

The bleeder resistor is used to dissipate the charge stored in the filter capacitor. This is important because if the charge is not dissipated, it can cause problems such as arcing and sparking when the switch is opened. The resistor also helps to protect the capacitor from overcharging.

Without a bleeder resistor, capacitors can remain charged long after power has been removed from the circuit, posing a serious safety hazard. Because of this, the bleeder resistor plays an important role in LC filters by providing a safe way to discharge filter capacitors when power is no longer present in the circuit.

Does a capacitor need a resistor?

Yes, a capacitor needs a resistor in order to function properly. Capacitors store energy in an electric field, and when they are connected to a circuit they can release this energy suddenly, which can cause damage to the components of the circuit. The resistor prevents this by allowing the electric charge to flow slowly and safely through the circuit.

What’s the difference between a capacitor and a resistor?

Finally, to make a capacitor work properly, it needs to be connected in series with a resistor. The purpose of this is to ensure that the capacitor doesn’t get damaged by the high voltages.

What happens if the resistor and capacitor are connected in parallel?

The resistor and capacitor are connected in parallel, the current will flow through both components. The capacitor will store some of the energy from the current and release it back into the circuit when the current decreases. This can help to stabilize the voltage in the circuit and protect sensitive components from damage.

How do capacitors increase voltage?

Capacitors increase voltage by storing electrical energy in an electric field between two conductors. When the capacitor is connected to a circuit, it becomes charged with electrons and creates an electric potential difference across its plates. This potential difference allows the capacitor to store energy in the form of an electrostatic field. The higher the voltage, the greater the amount of stored energy.

Useful Video: What is a “Bleeder” Resistor?

Bleeder resistors are elements that you will often find in many circuit boards for safety purposes. They help discharge capacitors properly and avoid any hazards. If you’re working with or around circuits, it’s important to be informed about bleeder resistors and their function so that you can work safely. Also, they can be utilized as voltage dividers or regulators if you have the need for it.

When selecting a bleeder resistor, pay attention to both the value and resistance to make sure you know how to choose a proper one required for your specific application. Hopefully this article helped you to get informed a little more about them. Thanks for reading!

How to Use a Multimeter to Test Voltage of Live Wires?

How to Become an Electronics Engineer? 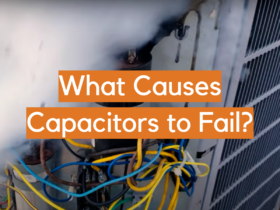 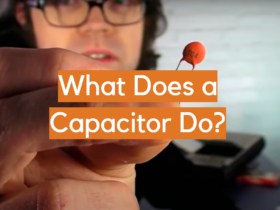 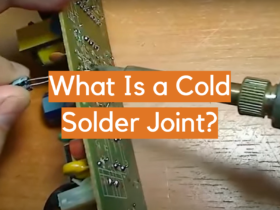 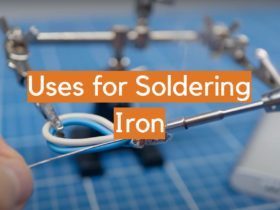